“There will be no Whitewash on the Whitehouse”


These words (or similar) were spoken by ex-President Richard Nixon in reference to the enquiry in to the original “Gate” scandal, Watergate. And not as one might suspect about an imminent re paint project for the White House (Casa Blanca). Even so there is a relevance in his remarks as the reason that the White House stays white and not grey is simply because it is painted with a first class coating without any misguided cutting of corners and costs by choosing an inferior/economy paint which would in fact just be whitewash which had been bulked up with chalk to make it thicker and which wouldn´t have sufficient strong pigment to maintain the colour. Also missing from cheap paint is a whole bunch of other important chemistry which provides good waterproofing and anti-fungi properties to the product. Don’t ever therefore let there be any “Whitewash on your Whitehouse”. Or any other colour of house for that matter! 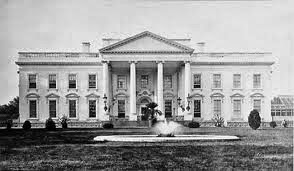 ﻿
Posted by Stewart Montgomerie at 15:35 No comments: